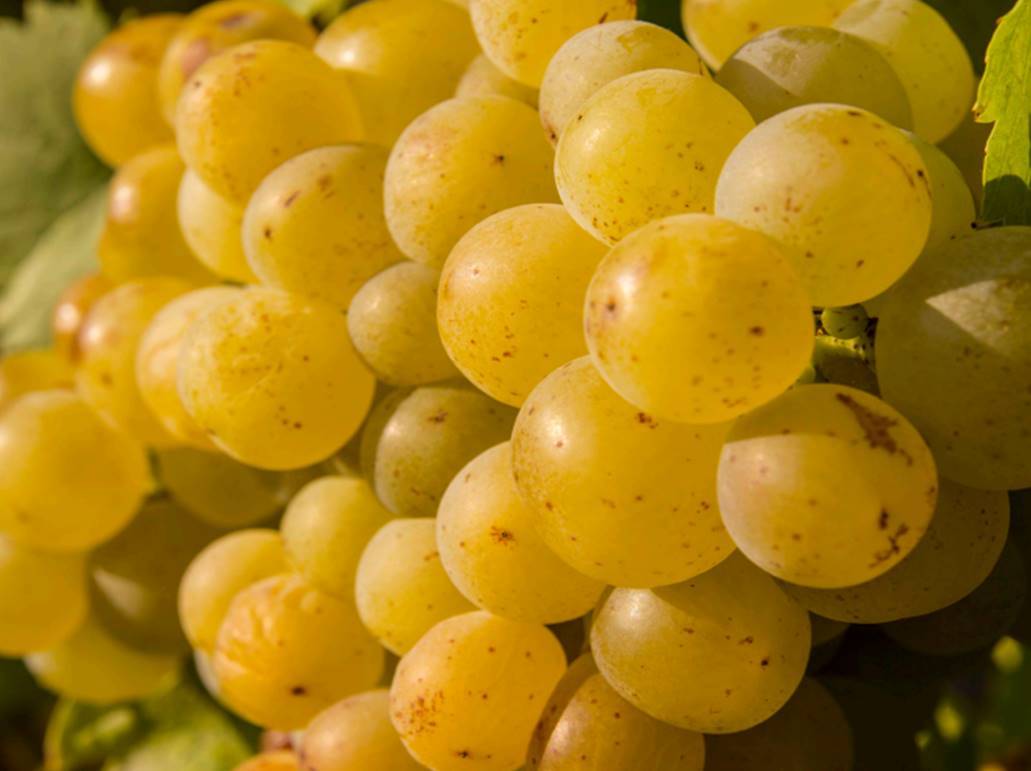 The name Muscat has many legends surrounding it. One story goes: that a tyrant from Syracuse had entrusted his servant to guard some sweet and perfumed grapes that the tyrants blind daughter was fond of. This protection involved wandering the rows, driving away bees and flies. One day, exhausted by the heat and fatigue, the servant took a nap and when he awoke he discovered that the berries had been stung by insects. The tyrant's daughter found that the grapes were far better than usual and explained that the servant's sleep had been desired by the goddess Demeter, so that the bees softened her grapes leaving a sign on each berry to recognize it. Beyond the legend, some studies (Santocono Russo, 1964) on ceramics and pots found in a cave in the Syracusan area have led to the conclusion that the wine was drunk as early as 500 BC. Other studies (Dalmasso 1937) show that Muscat has origins in the eastern basin of the Mediterranean. They are also known as apicea or apiana of Cato, so called because of the predilection by bees.

The Muscat grapes of Tenuta La Favola are grown on land adjacent to marshes, very close to the sea. The soil, therefore, is alluvial on a salty substrate. This gives the grapes a particular minerality, flavor and acidity – a unique combination.

Our Muscat is used for the production of Bianco della Tenuta together with Grillo. This blend, rare if not unique on the Sicilian wine scene, enhances the characteristics of the two varieties making our Bianco della Tenuta an elegant and original white wine.

The Muscat grapes of Tenuta La Favola are also used for the Refosa DOC Moscato di Noto (sweet dessert wine). The grapes of our sweet Moscato di Noto Refosa are dried on the plant after twisting the bunch. This allows a slower drying and better preservation of aromas.